When you book with an account, you will be able to track your payment status, track the confirmation and you can also rate the tour after you finished the tour.
Sign Up
584 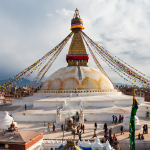 Tsum Valley Trek is another most liked hiking in Manaslu area unique for each indoor and outdoors vacationers. It is the actual journey with maximum essential factors of hobby: nearer view of mountain, and enjoy of influential Buddhist way of existence, life-style, and way of existence of humans of Tsum Valley. This hiking location is bordered to Tibet too. for this reason, the phrase ‘Tsum’ comes from the Tibetan phrase Tsombo which suggests ‘excellent’. a small amount just like the decision, Tsum treasures herbal splendor of giant mountains, pine, and very wellforest, cascading waterfalls, quantity of streams, and herbal warm springs.

Tsum Valley could even be a real gem of this trek which is surrounded by Baudha Himal and Himalchuli on the west, Sringi on the north, and Ganesh Himal on the south. The unique wilderness and vegetation are major aspects attracting most of the tourists from both inside and out of doors of the country. Foremost animals found are the rare snow leopard and Red panda. Some traditionally different festivals like Lhosar, Dhachyang, Saka Dawa and Fanning carry incredible importance for the residential people. So, if any of those festivals fall during your trip, you will be able to sink in these culturally purified practices.

Without even a doubt, you’ll be able to enjoy Tibetan Butter Tea, natural coffee and native food for your starving appetite. Such beautiful combinations of natural and cultural experiences will carry you to the seven skies. You’ll stay in lodges and tea houses on the trail. But camping could also be arranged if you ask for it.

Manaslu Tsum Valley Trekking begins with a nice drive from Kathmandu to Arughat. This is guided by a trek to Soti Khola, Machha Khola, Jagat, Chisopani, Chumling, Chokhangparo, Nile, Mu Gompa, Burgi, Chumling, Philim, Khorlabesi, Soti Khola and finally to Arughat. You can actually catch a bus / jeep from Arughat to Kathmandu. This way, this isolated trek begins and finishes at the main hub of the nation, Kathmandu.

Follow the monasteries, maniwalls, and prayer wheels of the region

The spectacular beauty, the high glacier lakes, the interesting flora and fauna and the magnificent range of the Himalayas make the path thrilling

Kathmandu to Soti khola  to kathmandu by Public transportation

Tea house accommodation in twin sharing basis during the trek

All Local meals (breakfast/Lunch/Dinner) with tea/coffee in the morning, during the trek

Hotel and meals in Kathmandu

Extra night accommodation or meals in Kathmandu/Pokhara because of early arrival, late departure and return from trek (due to any reason) earlier than schedule program.

It gets about seven hours to get to Arughat from Kathmandu. The first part of the trip is smooth as we cross the highway. But the road from Gorkha is hard. We’re going to take some break before continuing our Arughat route. We’re starting to walk through lush valleys and rice paddy fields. We pursue Budi Gandaki khola (River), climb over Kyoropani, descend to the junction of Budi Gandaki and Sundi khola. Enjoy a relaxing swim and camp on this spot overnight. Overnight at Soti Khola.

The path tends to limit, passing through heavily forested hillsides, filled with some remote, stranded villages. Trek along the steep side of the valley, crossing through the village of Lapbesi, descending to the riverbed and pursuing the wide sandy path to Machha Khola. We went to the nearby Maccha Khola to arrange a stay for the night.

Today, we reach Macha Khola and head upstream to Khola Bensi. Relish a hot spring bath, then move across the high side of the valley. The trek goes via a forest route resting for a cup of tea at Doban, and then heads to Lauri, where we turn back to the right side of the river via a suspension bridge. A little step and a glimpse of Jagat’s field will bring you to a night camp.

Today, we’re starting our journey to Salleri, and then we’re going down to Sirdibas. Our trail needs to continue to Ghatta Khola. After a while we enter the village of Gurung called Philim. You’re going to see the school in Philim that was founded by Japan. Our path continues north through the forest to Chisopani, where we will sleep for the night.

Chisopani to Chumling is a lovely walk. We start moving on from Ekle Bhatti and cross the gorge in which you feel a lovely waterfall that welcomes you. The downhill walk thru the pine and rhododendron woods continues to the valley of Tsum. We enter the village of Lokpa, where you can see a range of mountains like Himalchuli and Boudha Himal. We’re moving further ahead to meet Lungwa Khola and climb a bit of a difficult path to get to Gumlung. We’re going to Chumling as we pass Siyar Khola. We’re spending the night at Chumling.

We’ll enjoy the beautiful view of Ganesh Himal as soon as we cross the suspension bridge near Chumling. After a while we enter the village of Gho. We’re going on yet another two hours to reach Chokhangparo, where we’re going to stop for a night.Bottom of Form

The altitude issue is normal when climbing above Chokhangparo, so we need to be cautious about it. We pass Lamagaun and enter Rachen Gompa. It’s also regarded as the Gompa Nunnery. We pass Shiar Khola to meet the villages of Lar, Phurbe and Pangdun. Eventually, passing Chule, we arrive at the Nile where we’re going to spend the night.

We’re close to the Tibetan border today. We’re walking through Tibetan vistas to be in Mu Gompa. We’re visiting the monastery here. Overnight in Mu Gompa

Today is a day of leisure. We’re going to enjoy the Mu Gompa area sightseeing. Mu Gompa is the biggest monastery in the country. It is situated in the highest and most rural part of Tsum Valley.

We’re going back to Chhule and Phurbe to reach at the village of Burgi. It’s a tiny but lovely village. Here we go up to the cave of Milarepa. It’s famous for the breathtaking glimpses of Poshyop Glacier, Kipu Himal and Churke Himal.

We move back to Chokhangparo from the village of Burgi again. We continue to go down to Gho until we enter Sarpu Khola. We’re going to stop at Chumling for a night.

Day 14: Trek back to Soti khola

We enter Thado Khola and head towards the village of Machha Khola. We’re walking along the Buddhi Gandaki River to meet Labubesi. After visiting two waterfalls, we settle at Khursane. We’re finally coming to Soti Khola.

Day 15: Trek back to Aryghat and Drive back to Kathmandu

We climb up to the peak of Kyorpani and walk to the cascading waterfall. We’re going to Arkhet and pass the Arkhet Khola. We’re going to leave Budhi Gandaki Valley now. We’ll eventually arrive at Arughat Bazar, where we’ll have some rest for a while. We’re going to catch a bus from here to Kathmandu. Upon arrival in Kathmandu, we will give you a good-bye dinner

When is the best time for Manaslu circuit Tsum Trek?

As per the Nepal Immigration practices for the Manaslu Circuit Trek, a minimum of 2 foreigners are required to obtain immigration permits for the restricted area of trekking.

There is a need for the Manaslu Trek Special Permit. We need a busy working day (Sunday to Friday) after you arrive to get this permit. So, you can manuscript Manaslu Circuit Trek in Nepal as soon as you can and brief us on your workday inflow. This will benefit the easy organization of your permits.

Why would you love Manaslu Circuit Tsum trek?

Manaslu Circuit Trek provides an excellent exposure of the highest mountains (like Syaula Peak, Naike Peak, Manaslu, Himchuli, Larke peak, Cho peak), cultural heritage, a true wilderness excursion, bio-diversity, unparalleled beauty of landscapes, a magnificent forest with a beautiful view of numerous waterfalls, stunning suspension bridges and many more. However, the main attraction is the quiet and calm nature of the place, which invites solo travelers or private travelers to disappear in the Himalayan arm Manaslu Circuit trek, has a spectacular beauty across the borders of Nepal and Tibet. All these tremendous parts which cannot even be described about Manaslu Circuit Trek, enable your trip all the more interesting and memorable. And, yes, you’re going to love and enjoy this thrilling trek in Nepal a lot.

Is Manaslu Circuit Tsum Trek Best for you?

Since 1991, the local Manaslu trek has been opened for adventure trekkers to go through an untouched journey, rising in popularity in the speed of forwarding. You can see a lot of mountains, rivers, waterfalls, human settlements, cultures and traditions, and many more in the middle of the trek. This will fill your inner mind with full mountain recreation and daring fun. If you’re a traditional nature lover, and if you’re a cultural freak, and you want to experience all of them in one place, then the Manaslu trek is absolutely right for you.

In addition, we make your Manaslu Circuit Trek easier and more unforgettable. So, join us in connecting with all aspects of the trek with the best cost, itinerary, cost exclusions and inclusions. Don’t worry; we’ll take care of you and your need in any single intense or chaotic situation that may ever occur.