When you book with an account, you will be able to track your payment status, track the confirmation and you can also rate the tour after you finished the tour.
Sign Up
621 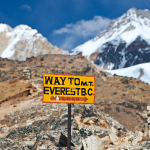 Our One day Kathmandu City Tour gives a near glimpse of Nepal. It now not most effectively showcases the rich way of life of the Nepalese people however also takes you returned in time through its architectural marvels. The excursion takes you to 4 locations: Patan Durbar Square, Pashupatinath, Boudhnath and Syambhunath temples that preserve each non-secular and cultural importance to the Nepalese people.

After breakfast, we commence our visits to the UNESCO World Heritage Sites beginning within the Kathmandu District. This tour encompasses Patan Durbar Square, Pashupatinath, Boudhnath and Syambhunath temples

One by one day Program

Patan Durbar Square the oldest of all the three cities of Kathmandu valley. It is the best known for its artistic heritage.

About the beauty of Patan, a western lady writer has to say this – “Patan means eternity itself and Patan Durbar Square is the spectacular sight of Asia indeed”.

Pashupatinath is the most important temple devoted solely to Lord Shiva.

Every year this temple draws hundreds of elderly devotees of Hinduism.

The Boudhnath Stupa The Great Stupa, known as Boudha or Boudhnath, is also known as Jharung Khashor.

The Great Boudhnath Stupa, Established in the 5th century, is one of the most ancient, largest, and most majestic Stupas in the world.

It is the most significant place of pilgrimage and a holy place for Buddhists all over the world.

The Syambhunath Temple has a compelling mix of each Hindu and Buddhist shrines and Stupas.

A golden spire crowning a conical wooded hill, Swayambhunath Stupa is the most ancient and mysterious of all the holy shrines in Kathmandu valley.

Its towering white dome and gleaming golden spire are viewable from many miles and from all sides of the valley.

A Cup of Tea/coffee at lunchtime

One bottle  of Mineral water for each customer