When you book with an account, you will be able to track your payment status, track the confirmation and you can also rate the tour after you finished the tour.
Sign Up
188 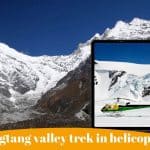 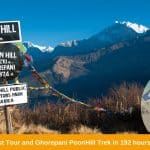 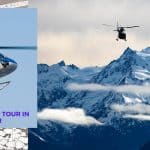 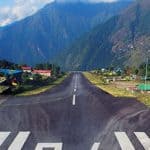 Annapurna Base Camp Helicopter Tour with Landing is the fastest and best way to explore the Annapurna region in a short time. Fit for elderly people, children and those who cannot tolerate climbing, to appreciate holidays within Mt. Annapurna’s lap(8091 M).

Pokhara’s Annapurna Base Camp Helicopter Tour basically starts from the city of lakes, Pokhara which is a one-day trip. The main highlights of this trip are that it offers wide view of the Himalayan ranges as well as other Annapurna regions surrounding peaks.

Since the start of the tour from Pokhara, we through come across beautiful lakes like Begnas Lake, Phewa Lake where we can see the glimpse of Mt. Annapurna and Mt. Fishtail Dhaulagiri and other high mountains. Moreover we travel through tropical forest, forest of rhododendrons, ponds, hills that made this journey magical.

Annapurna Base Camp Helicopter Landing Tour passes through Ghandruk, a renowned Nepalese Gurung village popular for its history and authentic cuisine. Visitors will take a break or snack here.

Annapurna Base Camp Helicopter Tour’s final stop is ABC camp where you can encounter all the Annapurna Ranges along with other summits. In closeup, tourists can see panoramic views of Annapurna I, Annapurna II, Dhaulagiri, Fishtail and much more.

Mountain Hike Nepal offers the best and fastest ABC helicopter tour to experience their holidays to the maximum at affordable cost without any barriers. This guarantees travelers ‘ health by equipping both the required supply of oxygen and first aid.

Panoramic view of the Ranges of Annapurna along with Mt. Dhaulagiri, Mt. Fishtail and much more

Sightseeing as per itinerary

30 minutes break at ABC for photos, videos and Breakfast.

Oxygen cylinder in case of emergency

From Kathmandu to Pokhara then to ABC and back to Kathmandu

From Pokhara to ABC and then back to Pokhara

Why a helicopter trip to Annapurna base camp?

Best viewpoint on the Begnas Lake, Phewa Lake and different lakes from the board

100% Total Refundable if No Flight due to bad weather

No any Hidden Charge

Combined all sort of the helicopter charges

Best views on the Annapurna Regions

Helicopter arriving at Annapurna base camp

The cost of Annapurna base camp helicopter tour.

It costs $450 USD per individual from Pokhara on the basis of sharing. Yet chartering a helicopter requires $2400 USD. If you have a team of 5 members, the cost is lower than per person.

Best season for a helicopter tour of Annapurna base camp

The best season to travel is spring and summer, Annapurna, where the climate is clear, giving a crystal-clear view of the Himalayan range. In the spring season, the lower Annapurna region is covered with bright red rhododendron flowers, making the entire jungle heavenly.

How long does it take to get to the Annapurna base camp from Kathmandu?

How long does it take to get to the Annapurna base camp from Pokhara?

What kind of things to keep during the Annapurna base camp helicopter tour?

You’ll keep following things to prepare for the helicopter tour of Annapurna base camp:

Some snacks and chocolates

How long do you land at base camp in Annapurna?

May I join your company for Annapurna Base Camp Tour?

What is a weight limit for a helicopter tour of the Annapurna base camp?

How can you pay for the Annapurna base camp helicopter tour booking?

We accept cash and bank transfers. You can use one of the appropriate payment methods to make your payment for the Annapurna Base Camp Helicopter Tour. Annapurna Circuit With Tilicho Lake and Annapurna Base Camp